On 31 May 2014, in Camp Butmir, Sarajevo, a Welcome Parade was held for EUFOR’s Intermediate Reserve troops.
These troops are EUFOR’s ‘over-the-horizon’ soldiers and currently consist of three companies, of approximately 130 soldiers each, from Austria, Slovenia and the UK.
The troops arrived over the last few days and will remain in BiH for a number of weeks. They were originally deploying here to take part in Exercise Quick Response 14, which was a combined training exercise with the Armed Forces of BiH, but because of the recent flooding, they will now be working with the Armed Forces of BiH on Operation Joint Effort, which is the name given to the combined EUFOR – Armed Forces BiH operation. 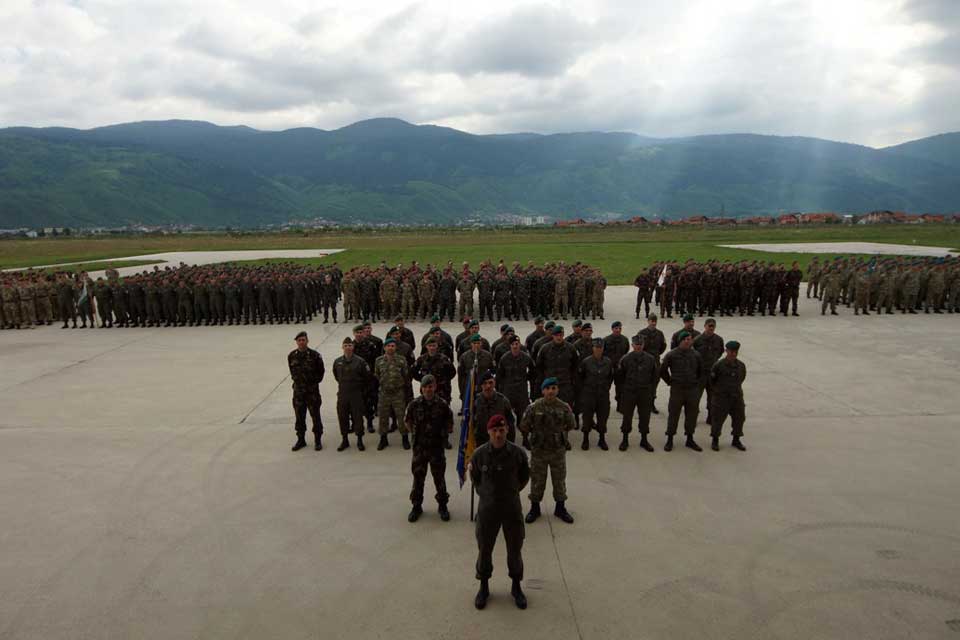 One of EUFOR’s main focuses in recent years has been the capacity building and training of the Armed Forces of BiH and working together with them during this period will only build on the previous success of this programme.

Major General Dieter Heidecker, the Commander of EUFOR, told the troops:
“BiH has recently been hit with the worst floods that this country has seen for over 100 years. This means that right now, EUFOR’s main effort in BiH is to work with the Armed Forces of BiH on flood related humanitarian aid operations.
This work also demonstrates the ‘double use of forces’ and how the military can serve society in other ways, rather than only being used for conventional military operations.”