Change of command in the Multinational Battalion in BiH

On February 24th 2014, the command of the Multinational Battalion of EUFOR was handed over in Camp Butmir in Sarajevo. At the ceremony the commanding officer of EUFOR, Major General Dieter Heidecker, transferred the flag of the Battalion, symbolizing the power of command, from the outgoing commander Lieutenant Colonel Christopher Blasch to the new commander, Lieutenant Colonel Harald Scharf. 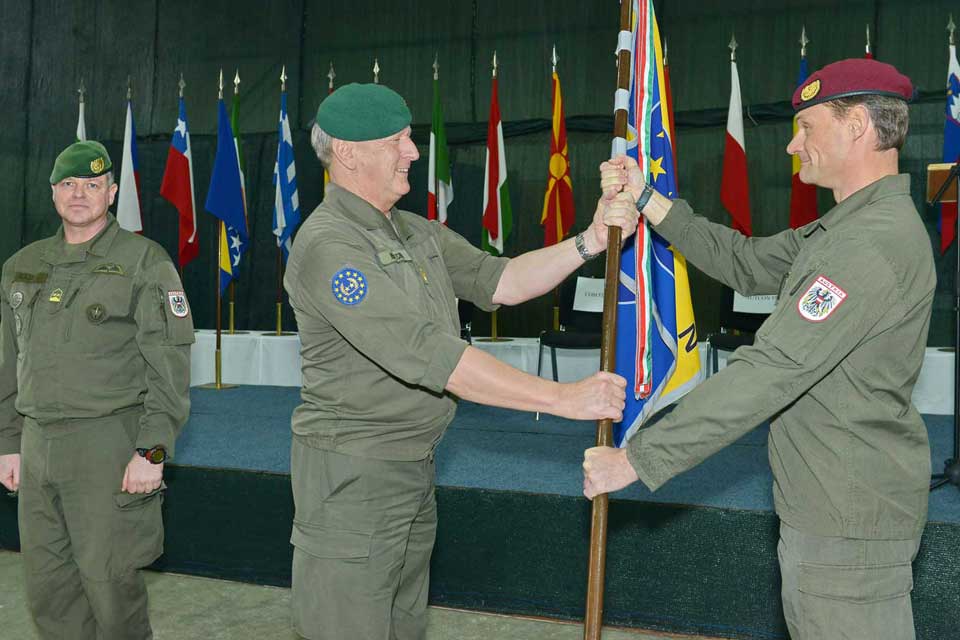 The Multinational Battalion consists of a mixed staff of Turkish, Hungarian and Austrian soldiers and each a Turkish and Hungarian infantry company. If required the battalion can be reinforced by troops above the horizon.

“My highlight was the Exercise Quick Response”

In his farewell speech Lieutenant Colonel Blasch made a review of the exercise "Quick Response", which was held in September last year and which was the main effort during his command. He praised the high level of training of the troops and the good cooperation between international forces and the Armed Forces of Bosnia and Herzegovina.

Lieutenant Colonel Scharf explained in his inaugural address the framework of the Multinational Battalion. There is a mutual understanding within the troop-contributing nations Turkey, Hungary and Austria; willingness to learn from each other, since no individual soldier and no military unit is perfect and, finally, courtesy and respect for the residents and authorities of Bosnia and Herzegovina.