This afternoon, 05 March, COMEUFOR Major General Alexander Platzer welcomed the arrival of a Slovenian Delegation led by the President of Slovenia,Mr. Borut Pahor. Present also was the Slovenian Minister of Defence Mr. Matej Tonin and Head of the President’s Cabinet Dr. Alja Brglez. 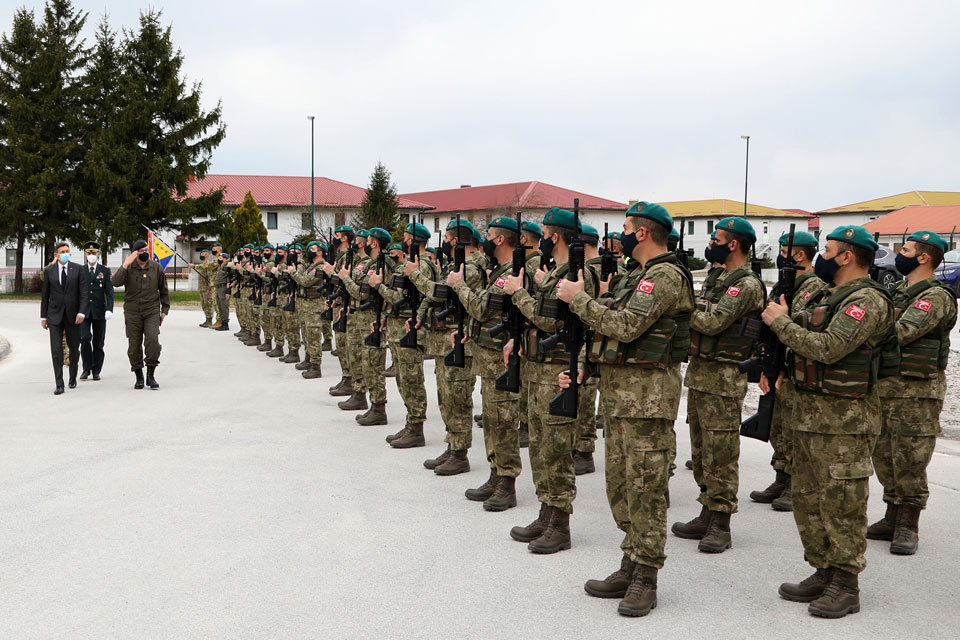 After receipt of the honour guard upon arrival COMEUFOR spoke with President Pahor and the delegation. Following this they moved to visit the Slovenian personnel deployed with EUFOR Operation Althea. Slovenia is one of 19 troop contributing nations and deploys a number of personnel to EUFOR who are employed in a range of roles including LOT House Banja Luka, which they recently assumed command of after take over from Chilean personnel.