Salute to the Polish Chief of Staff 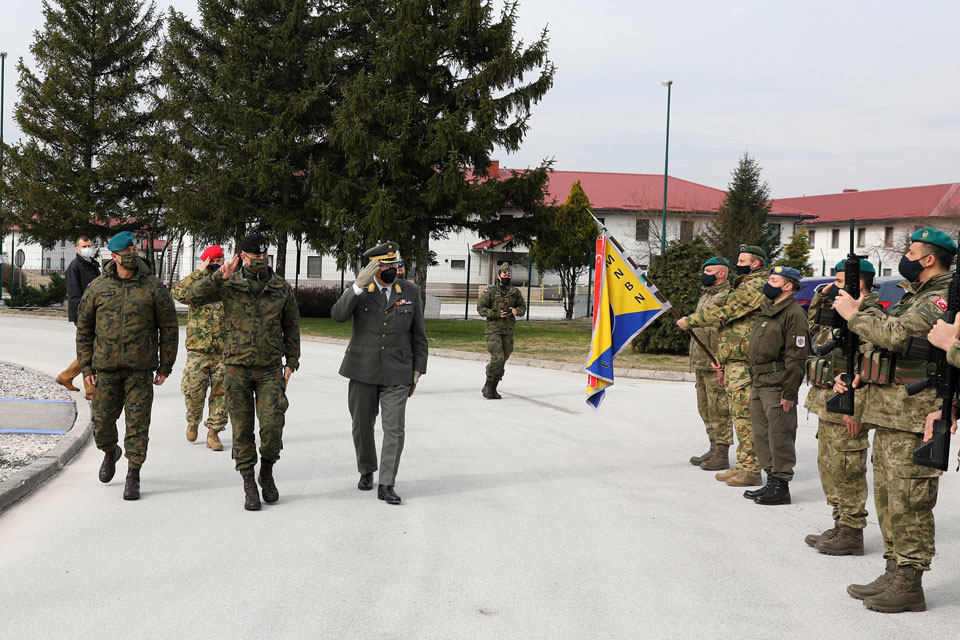 Commander EUFOR Major General Alexander Plazter received General Andrzejczak with an honour guard on his arrival at EUFOR Headquarters. During the course of his visit General Andrzejczak and his staff will be meeting with Polish personnel deployed with EUFOR in Bosnia and Herzegovina.

Poland has a proud history associated with EUFOR and currently contributes more than forty military personnel, who are employed in various appointments within EUFOR Headquarters and Liaison Observation Team House Doboj. The continued support of the Polish state and armed forces is of great benefit to EUFOR in our continued support to the local authorities in providing a safe and secure environment in Bosnia and Herzegovina.