The Land Operation Commander of the Chilean Army, Lieutenant General Juan Carlos Nuñez Bustamente, visited EUFOR headquarters today at Camp Butmir, Sarajevo.
General Bustamente was welcomed by a guard of honour before having an office call with Major General Dieter Heidecker, Commander EUFOR. In the afternoon, he was the guest of honour at a medal parade, where he was able to witness EUFOR’s Chilean Contingent receiving their Operation Althea medals. 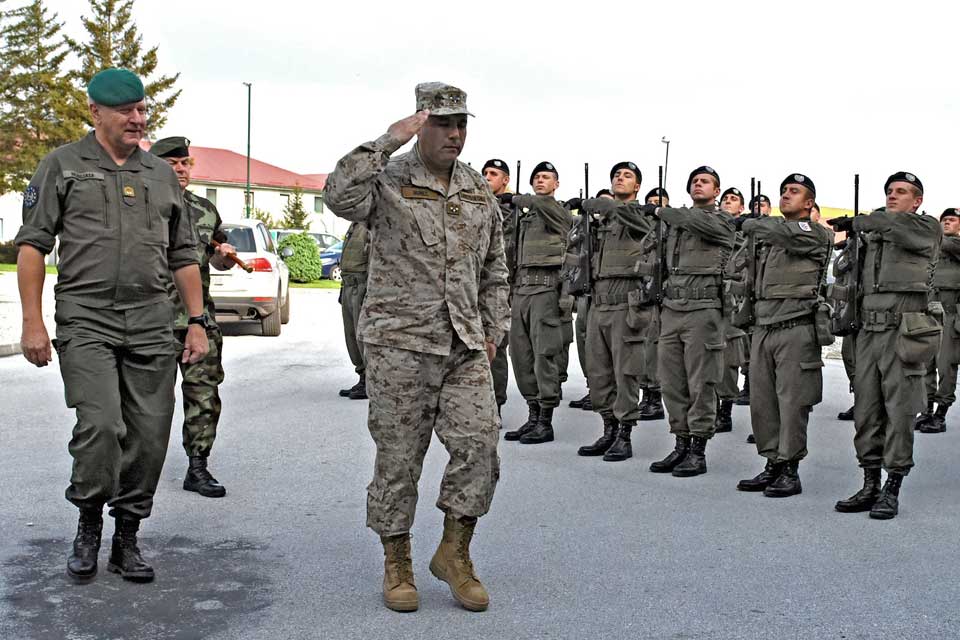 General Heidecker thanked General Bustamente for the continued support of the Chilean Armed Forces to the EUFOR mission.
“Chile is one of five partner nations who contribute to Operation Althea in addition to seventeen EU member states”, he said. “Chile’s contribution to the mission has been exemplary and I look forward to continued close cooperation in the future”.
Operation Althea’s main objectives are to provide capacity building and training to the Armed Forces of BiH, to assist BiH authorities in maintaining a stable environment and to provide support to the overall EU comprehensive strategy for BiH. 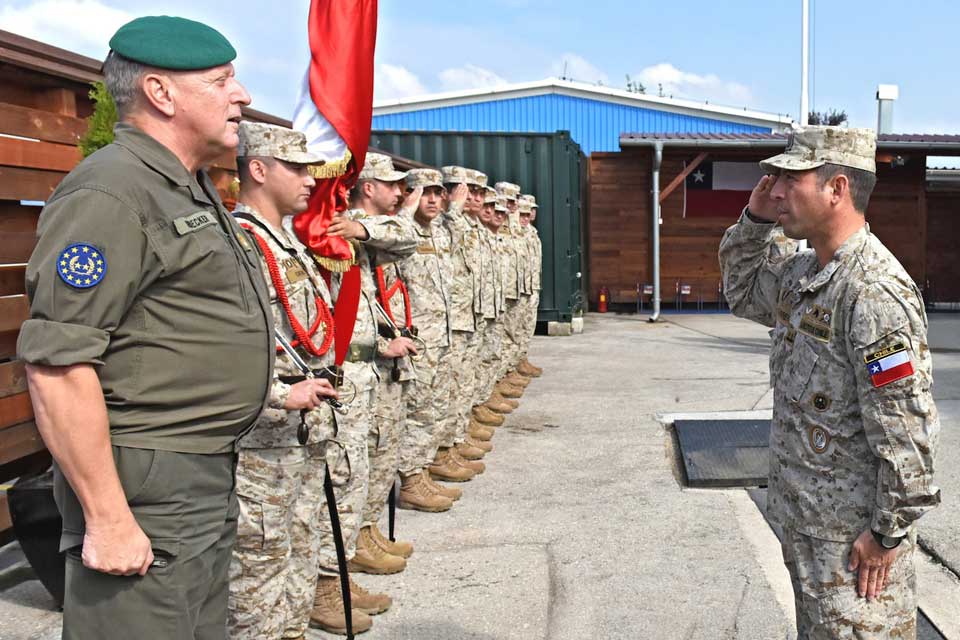