A EUFOR Mobile Training Team has been training personnel from Armed Forces BiH during a Forklift Handler Course, which took place in Rajlovac from 15 to 26 September.
The training, delivered by a Swiss Mobile Training Team, covered how to drive and handle the forklifts safely.  The course itself lasted one week but took place in 2 phases: the first part was to ‘train the trainers’, and the second part confirmed the abilities of these new instructors to teach students in future. 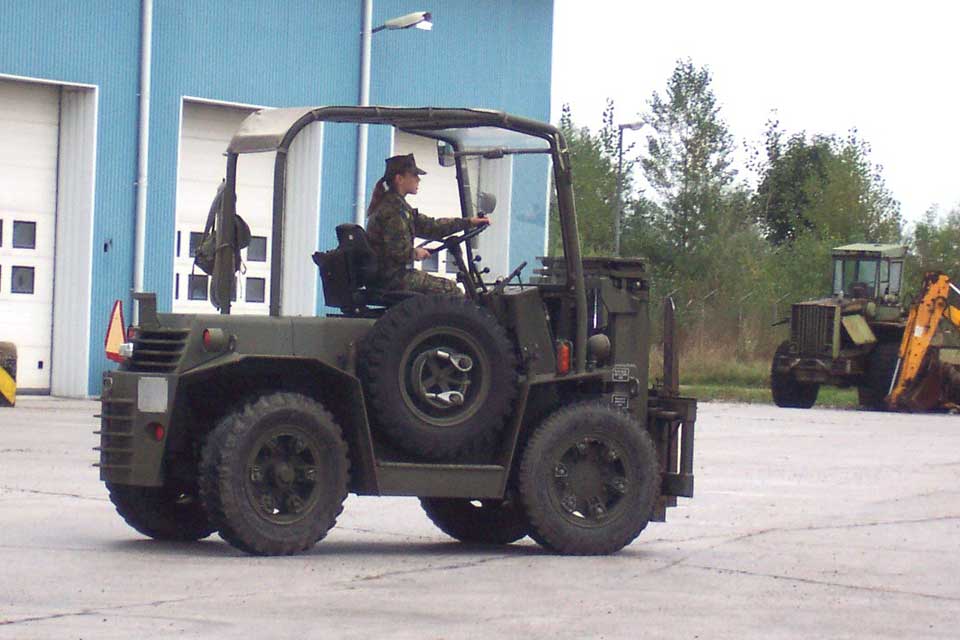