On November 21, The High Representative of the European Union for Foreign Affairs and Security Policy and Vice-President of the European Commission, Josep Borrell, visited EUFOR headquarters at Camp Butmir, Sarajevo, as part of his visit to Bosnia and Herzegovina on the 25th Anniversary of the agreement of the Dayton Accords.

He was welcomed by a Guard of Honour formed from EU and partner forces currently stationed at Camp Butmir. He then received a brief on EUFOR’s mission in Bosnia and Herzegovina from Commander EUFOR, Major General Trischak.

Commander EUFOR briefed the High Representative on the main aspects of EUFORs mission in Bosnia and Herzegovina, detailing the challenges and successes as EUFOR continues to support a Safe and Secure Environment and the collective and combined training of the Armed Forces of Bosnia and Herzegovina in line with the Operation ALTHEA mandate. 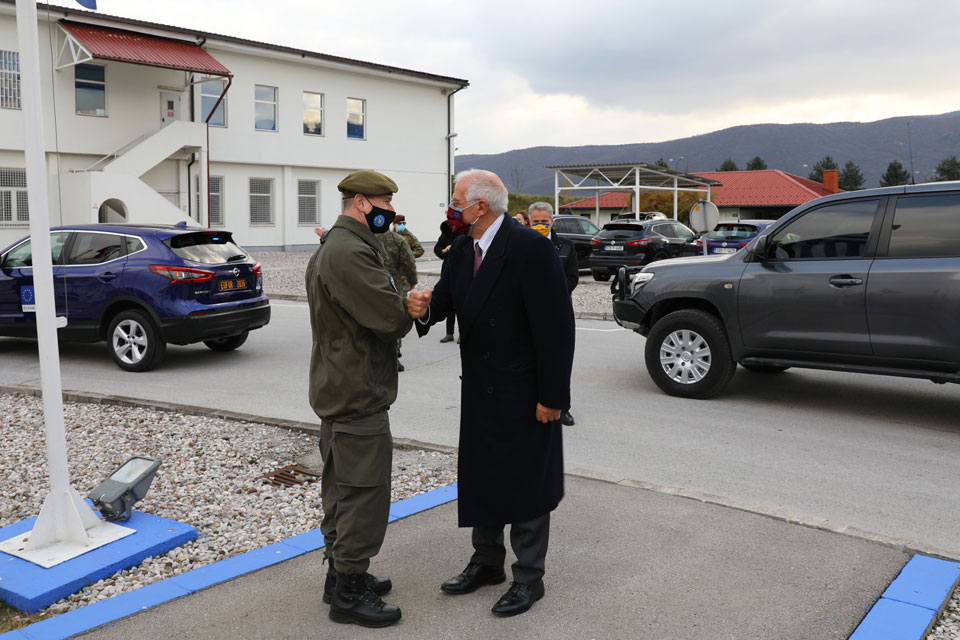