Between 8th and 12th September, a Turkish Platoon from EUFOR’s Multinational Battalion conducted combined training with a platoon from the 4th Infantry Brigade of the Armed Forces BiH.
The training, which took place in Livno, covered a broad range of topics including force protection, convoy and escort and civil disturbance operations. 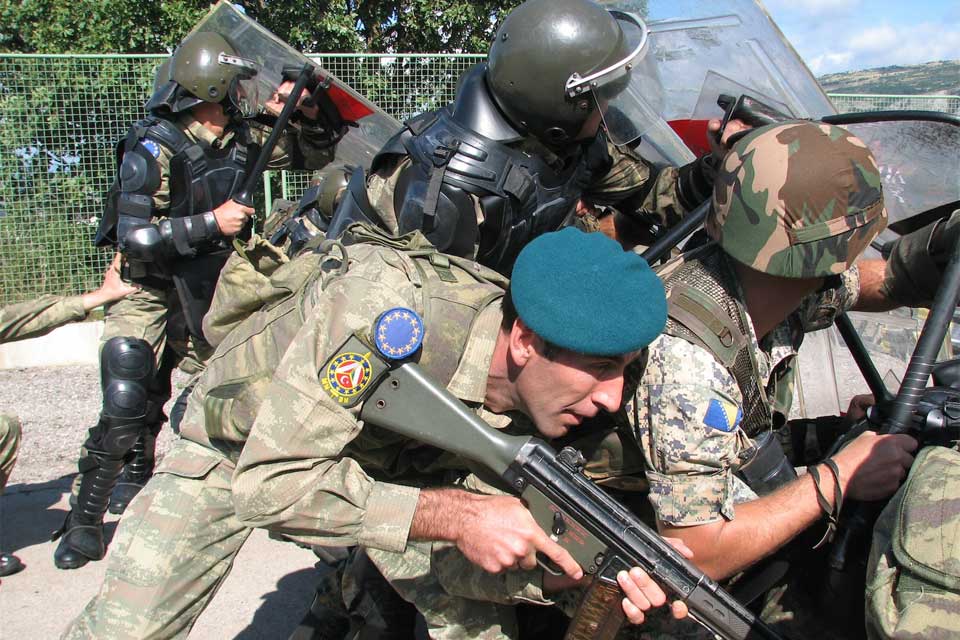 The designated training officer of the Multinational Battalion, First Lieutenant Serkan Tok (from the Turkish Army), was impressed by the extraordinary motivation of the soldiers: “Both the Turkish and the BiH troops are eager to learn from each other and were curious about the different tactics and techniques which are applied. Moreover, I want to mention that everything was prepared in a perfect manner by our hosts.”

Developing AF BiH skills
Such combined training at platoon level takes place around once a month for a duration of one week. Every month, the training location and the troops change in order to cover as many contingents as possible. The goal is to support the BiH Armed Forces in achieving the NATO standards which are required to become a member of the organization.
However, it is not only the BiH soldiers who benefit from the combined training. The EUFOR troops also learn a lot by exchanging knowledge and by getting to know new procedures and techniques in handling various military tasks.

Visit of the Commander
The Commander of the Multinational Battalion, Lieutenant Colonel Manfred Scheucher, visited the troops in order to assess their performance on the spot. The soldiers showed their skills in crowd and riot control measures. A mixed platoon consisting of both BiH and EUFOR soldiers displayed their techniques in an exercise led by a Turkish officer. At the end of the training the two battalion commanders of the units expressed their satisfaction: “I am happy to see that EUFOR and AFBiH troops train together in such a highly professional manner. Furthermore, I want to stress that I am impressed by your strong eagerness to improve”, said Lieutenant Colonel Scheucher.
His AF BiH counterpart added: “It has been a valuable week for my soldiers as they made significant progress. However, what I appreciate even more is the fact that we cooperated together so well. Earlier this week you came as comrades and now you are leaving as friends.