The Austrian company of EUFOR’s Multi-National Battalion (MNBN) conducted training in September 2014 with the Medical Team of EUFOR.
An exercise scenario was created where some soldiers were wounded and subsequently had to be treated properly. 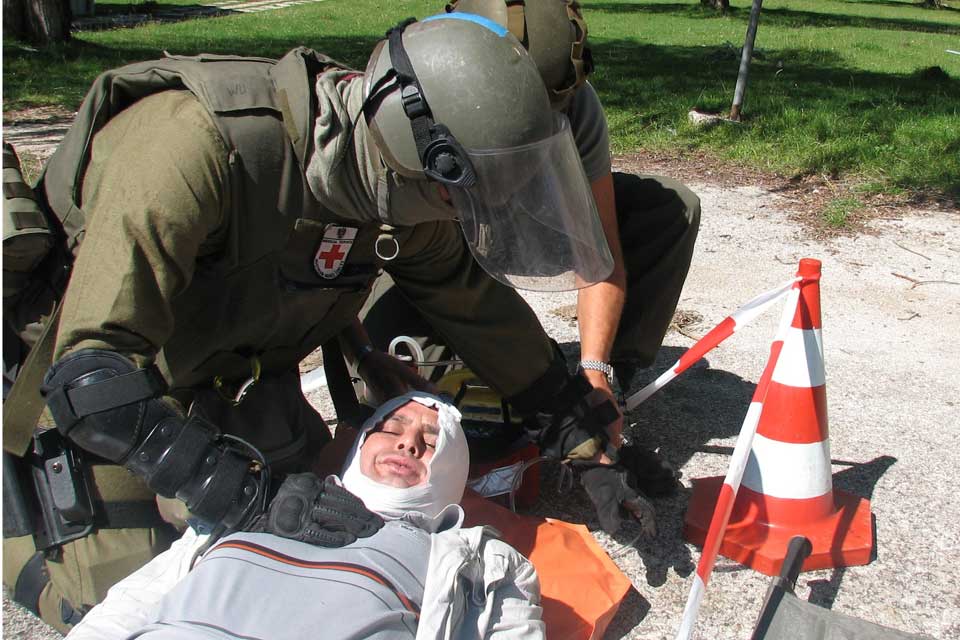 The injuries ranged from light abrasions to people collapsing and someone suffering from a heart attack. While the lightly injured people were flown out by a Blawk Hawk helicopter, the latter required a so called MEDEVAC (i.e. the abbreviated form for "Medical Evacuation"). A MEDEVAC is only requested for potentially lethal injuries. After the medical personnel within the company had performed first aid measures the affected soldier was brought to the Helicopter Landing Site. As soon as the emergency doctor arrived via helicopter, she checked the patient and ensured the immediate transportation to a local hospital in Sarajevo.

At the end of the exercise, the Austrian company commander was satisfied, saying: "I am happy that we executed this combined medical training including all echelons of our chain of command. Our soldiers could train how to treat wounded comrades under realistic conditions and, in particular, we could test the flow of information among the various EUFOR elements. The proper protection of my troops is invaluable and it is good to see that I can rely on the medical care in EUFOR/ALTHEA.”