A Training and Co-Operation Plan between EUFOR and the Armed Forces Bosnia and Herzegovina was signed today on 19th October 2021 at the AF BiH Home (Dom Oruzanih Snaga) in Sarajevo. 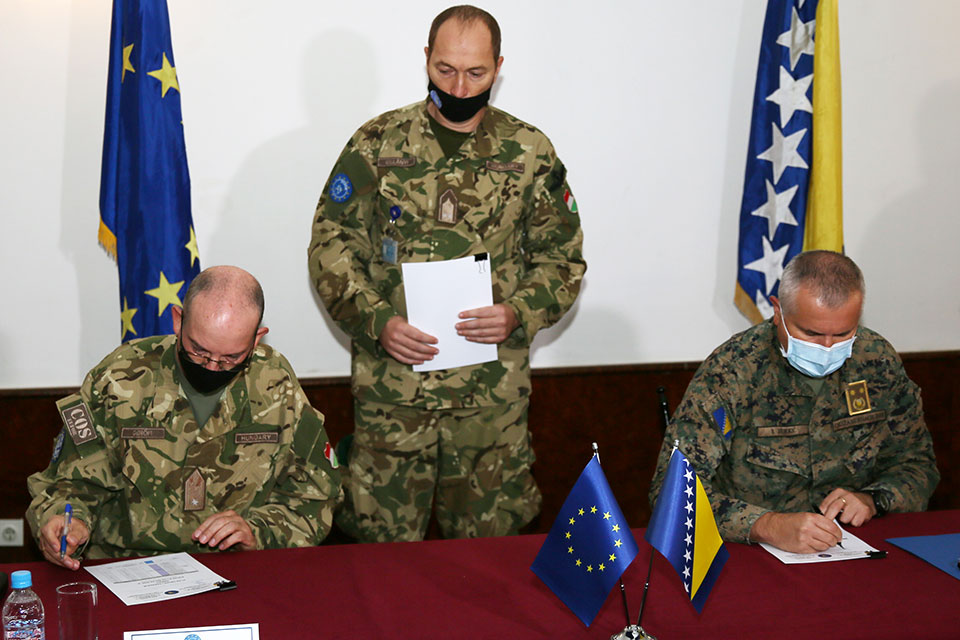 “This ceremony is of great importance and confirms the relationship of cooperation and trust that we have with EUFOR”.

Brigadier General Szilárd Gerőfi praised the training efforts of EUFOR and AFBIH, adding that the success was witnessed at the recently concluded joint exercise Quick Response 2021.