On 21 June EUFOR Chief of Staff, Brigadier General Szilárd Gerőfi visited the Peace Support Operations Training Centre (PSOTC). Upon his arrival Brigadier General Gerőfi was greeted by Chief of Staff of the PSOTC, Lt Col Odeta Tipurić. The PSOTC expressed their appreciation to Brigadier General Gerőfi for the real life support given to them by EUFOR and also for the academic support from senior ranking EUFOR personnel as qualified speakers. The PSOTC are currently conducting a Defence Attaché Orientation Course for both BiH and international students. 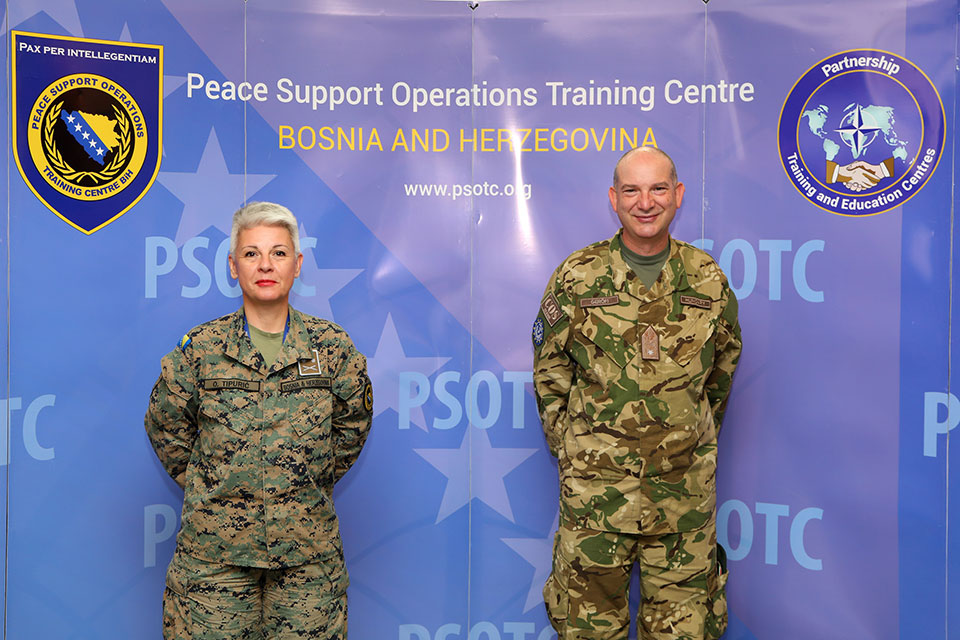 The PSOTC performs individual education and training of military personnel, police officers and civilians from BiH and other countries in domain of PSO-focused collective security operations, in order to contribute to development of BiH MoD and Armed Forces capabilities for participation in NATO, UN or EU—led collective security operations, thus supporting the overall BiH contribution to international peace and security. 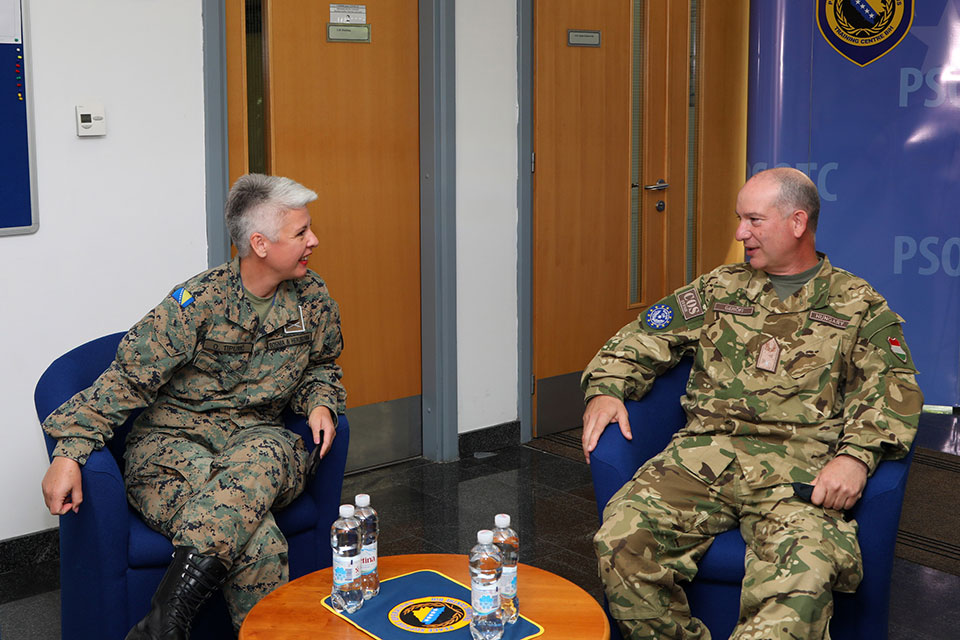