EUFOR’s medical team, from the former Yugoslav Republic of Macedonia, recently conducted medical training for a number of personnel from the EU Delegation and EU Special Representative’s Offices. 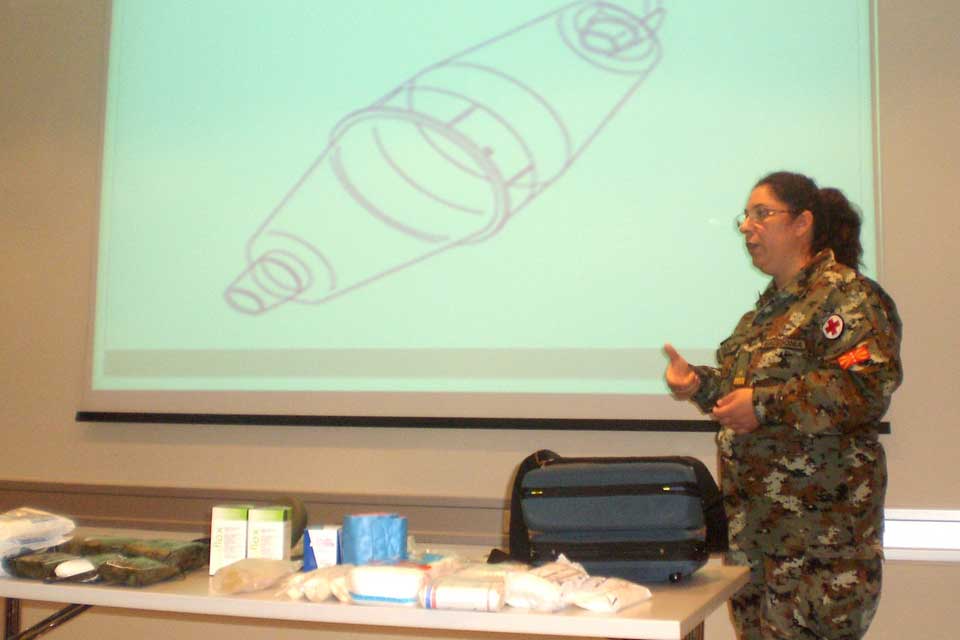 The training took place at the end of September and was led by Major Irena Dinova, who joined EUFOR from the Regional Medical Training Centre in Skopje, where she is chief.  She was assisted by Staff Sergeant Class 1 Sinisha Petkoski and Corporal Naser Saliu.
The personnel were trained on basic life support, defibrillation, medical emergencies, how to control bleeding, how to treat burns, and heat and cold injuries.