The EUFOR ALTHEA Operation Commander, General Sir Adrian Bradshaw, was welcomed at EUFOR Headquarters on Sunday by Commander EUFOR, Major General Dieter Heidecker, before embarking on a two-day visit.
Monday’s visit programme began with a briefing from key EUFOR personnel who delivered an update on the progress of the mission. General Bradshaw then travelled to Banja Luka, where he was met by Major General Husein Tursunović at HQ Support Command of Armed Forces BiH, and briefed on topics including personnel, administration and logistics. 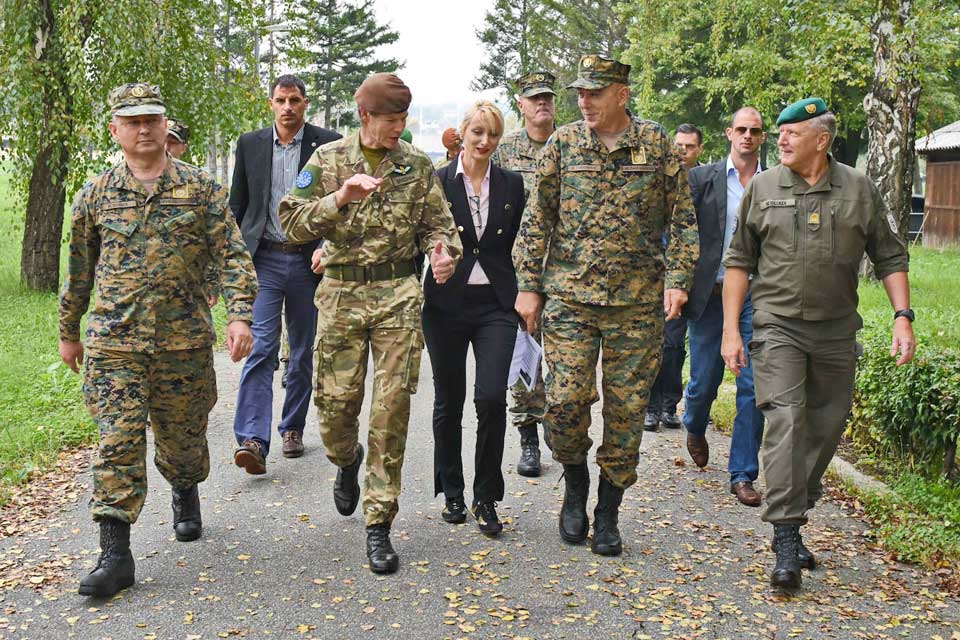 General Bradshaw then visited a LOT house in Banja Luka, before returning to HQ EUFOR for an update on EUFOR’s capacity building and training programme, which was also attended by a delegation led by Major General Tepšić, Deputy Chief of the Joint Staff of the AF BiH for Operations.
The aim of this programme is to give Armed Forces BiH the skills and capacity to deploy and contribute to both international missions abroad, and humanitarian assistance at home.

Earlier today, General Bradshaw, as a British Army officer, visited the new British Ambassador to BiH, Edward Ferguson. He then met with the Offices of both EUSR and UNDP.
General Bradshaw has held the role of Operation Commander since March 2014, when he assumed the role of NATO’s Deputy Supreme Allied Commander Europe (DSACEUR). Under an arrangement known as the ‘Berlin Plus Agreement’, this key command position also commands the EUFOR Operation ALTHEA.