EUFOR soldiers are working together with Armed Forces BiH (AF BiH) in the Municipality of Tuzla to rebuild bridges that were destroyed during the floods.
The reconstruction of the two bridges will ensure that 350 households have easy access between their properties and the rest of the municipality, and that farmers once again have access to their agricultural land.
The Municipality of Tuzla has built embankments for the bridges, while the Austrian Forces Disaster Relief Unit engineering team began to train AF BiH personnel and produced the key technical drawings. The UN Development Programme (UNDP) has procured the associated materials thanks to funding from Norway. 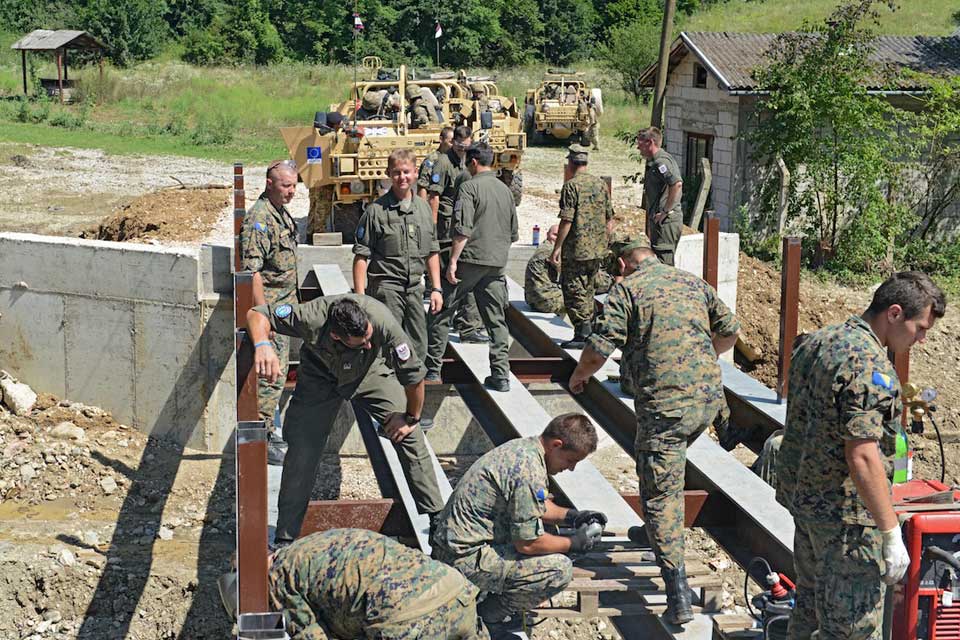 Now in a joint project showing excellent cooperation between a number of civil and military organisations, the bridges are due to be rebuilt over the next month.
UNDP is running a multi-million USD Floods Recovery Programme called “Danas za nas” which addresses immediate community needs after the floods, including the reconstruction of basic community infrastructure.
The project also forms part of EUFOR’s capacity building and training programme, ensuring that Armed Forces BiH have the capacity and skill to contribute to both humanitarian tasks at home, and missions abroad.