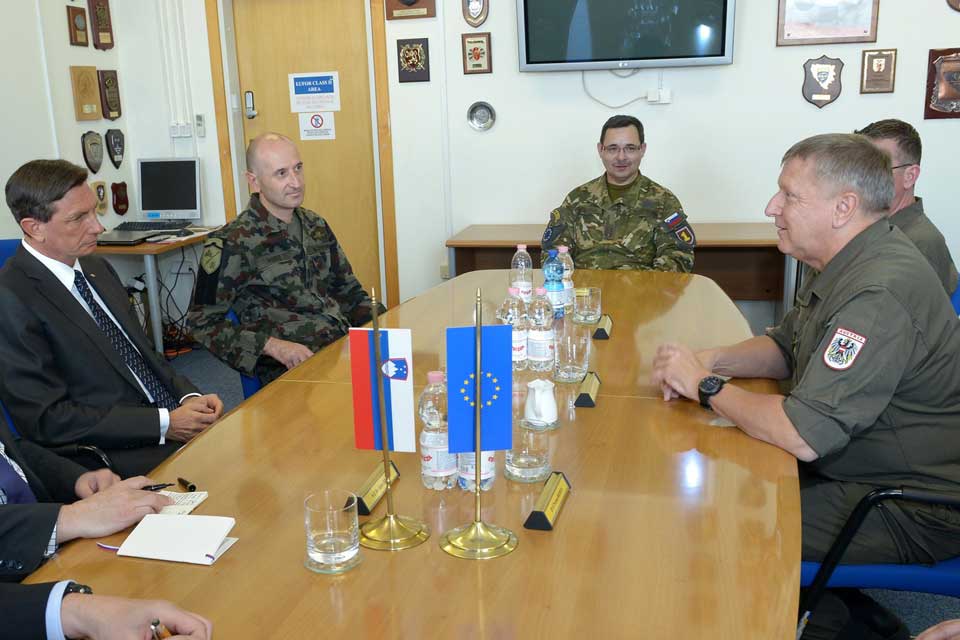 Slovenia has a number of soldiers permanently assigned to EUFOR but they recently provided an additional 120 soldiers to act as one of EUFOR’s three intermediate reserve companies and they are now here to assist the Armed Forces BiH with the current flood crisis.
The additional Slovenian troops in EUFOR consist of an Infantry Platoon, a specialist Veterinary Unit and a Decontamination Unit, which can both be used to disinfect areas to prevent the spread of disease after events such as the recent flooding.

The Slovenian contingent to EUFOR are equipped with 24 vehicles, including personnel carriers, trucks, water trucks, one fuel truck and a bus. They have also brought specialist equipment to BiH which includes a chemical lab and a biological lab which can be used to test soil and water for chemical and biological contaminants as part of wider disaster relief operations.