Camp Butmir, 18th March 2014
The Turkish Armed Forces are one of the biggest troop contributors for EUFOR. It is not only manpower that is provided, but also equipment and among this, high tech materiel for communications. 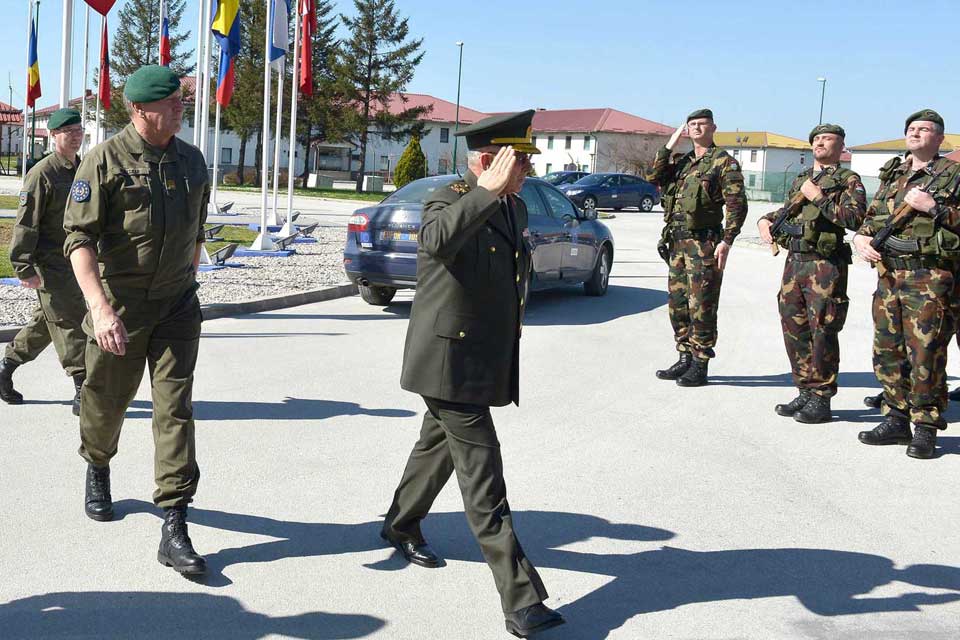 Lieutenant General Musa AVSEVER together with 9 Generals/Admirals and 12 Officers and Non-Commission Officers visited Bosnia and Herzegovina to inspect the Turkish troops and to get an impression of EUFOR’s contribution to the capacity building and training of the Armed Forces of BiH.

The Commander of EUFOR, Major General Dieter Heidecker, invited the high ranked Turkish officer to the Headquarters of EUFOR in Camp Butmir, Sarajevo and expressed his special thanks for their support.