In Mission Every Day – The Invisibles

18 Feb 20114, Camp DUBRAVE
They are nearly invisible, silent and continuous. Day by day the EOD companies Armed Forces beneath several NGOs work under extremely difficult circumstances in order to remove and clear the deadly threat in Bosnia and Herzegovina.

On the 18 February 2014 one of the specialised companies (the 2nd Coy of the Demining Battalion) presented there capacities and capabilities during an inspection in DUBRAVE Base close by TUZLA.
At first the Company Commander Captain MESIC reported his company to the Commander of the Demining Battalion Colonel ZENUNOVIC who was convinced of the “Full Operational Capability the company. Cpt MESIC introduced his company to the guests and explained that the Coy is FOC with personnel and equipment.

Still huge areas of the country are covered with mines

“The rugged and mountainous terrain makes the daily work to a huge challenge”, Captain MESIC explained. “Very often we work hidden beside main roads in the forests and covered terrain, he said, “and than it is utmost important to be prepared in case of emergency in order to save own lives”. 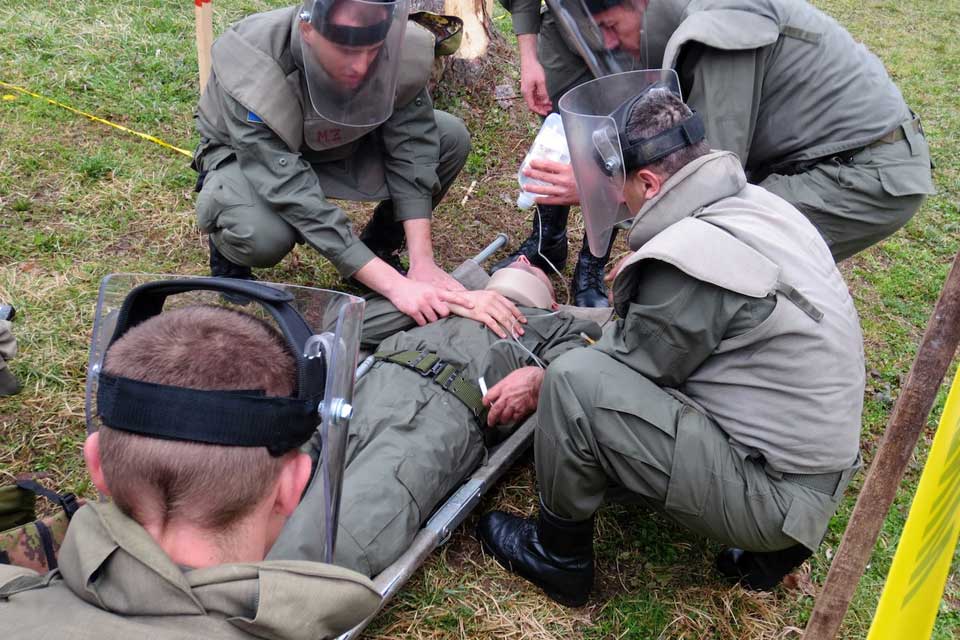 Exercise: How the teams get trained during emergency cases

Therefore the EOD teams established a standardised training including procedures how to deal in case of mine accidents during the work. The right behaviour during a CASEVAC or MEDEVAC has to be trained and drilled.

The situation simulated a routine demining operation during which an explosion occurred - one soldier got wounded. Immediately the platoon presented a highly professional procedure in order to stabilize and evacuate the injured soldier from the danger zone.

The EOD teams stopped with their engagement, communicated to each other - the information flow was perfect and allowed the platoon leader to coordinate the CASEVAC in a calm and confident way.